Hello Christine, welcome to Adventures in Authorland. Please get comfortable and tell us about your adventure.

What book are you reading now?
I’ve recently finished two books. The Winter King by Thomas Penn. It delves into the latter reign of Henry VII. Also, Wolf Hall by Hilary Mantel, a look into the life of Oliver Cromwell and his rise to power in the court of Henry VIII.
I’m planning to write another in my Tudor series shortly and Henry will make an appearance as Prince Harry.

In which genre do you prefer to write and why?
I write romance and within the romance genre I most often write ancient historical romance. But I’ve written a few contemporary stories, a Regency, and a teen romantic adventure but I’ve yet to publish those. My ancient Roman romances have managed to capture my time along with a Tudor romance.

Can you give us some details about your upcoming release/s?
I just released part one of THE ONLY GOOD ROMAN. The story began to take on a life of its own and turned into an epic saga of a young woman who meets a charming Roman soldier and his egotistical commander. She becomes entangled in their search for a missing treasure when they realize she has a gift for languages.
The feedback on part one has been encouraging as Lia is a clever heroine who tries to stay one step ahead of the devious Roman commander.

Who are some of your favourite authors?
My favourite authors (to name a few) are:
Pauline Gedge who writes ancient Egyptian historical fiction.
Colleen McCullough who wrote the fantastic Rome series.
Jack Whyte, author of a Camelot series.
Bernard Cornwell’s Viking series.

What historical person would you want to meet and why?
That’s a difficult question and may change depending on the story I’m writing or the book I’m reading. I’d like to meet someone from medieval times or ancient times to see for myself how they lived day to day – either Julius Caesar, Cleopatra or Henry VIII would likely be my choice.

Do you have any advice for new writers beginning their adventure?
The best advice I can give is to network with fellow writers and accept feedback from trusted and well-meaning friends (including virtual friends). I’ve posted work on writer sites before publishing and it helped to chat with writers going through the same growing pains and exchange views on each other’s work. Ultimately, though it’s a growth process and some find it easier than others.

Marketing Kit – Thank you for hosting. 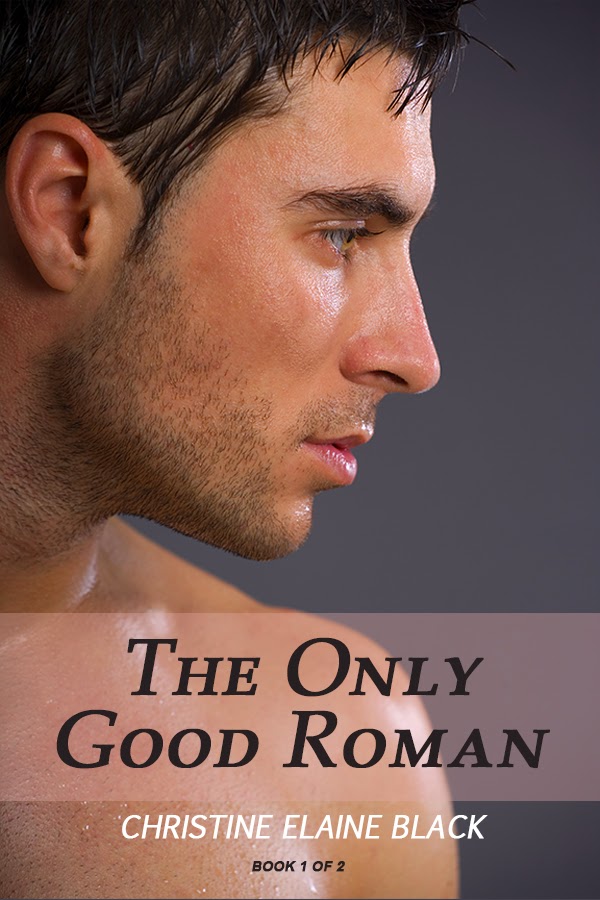 BLURB: THE ONLY GOOD ROMAN

Lia has an excellent education but will it be her downfall or her salvation?

When the Roman army comes crashing into the mansion where she tutors the Governor's children her world changes from secure and predictable to dangerous and uncertain.

Can the powerful, smooth-talking Commander convince her to risk her fate with a handsome soldier who walks an unsteady line between his superior's demands and his heart's desire?

Rich with characters, a story of love, greed, betrayal, stolen treasure, murder, and a timeless love that cannot be denied, the saga comes alive in this delightful page-turner to satisfy the need for a great tale mixed with great love. Tender and romantic, occasionally harsh and selfish, The Only Good Roman has a mix of characters and emotions to fulfill every expectation.

This is Book 1 in the story of Lia and Darius.
Be ready to fall in love!

Darius questioned Lia about life at the mansion and she kept up the pretense of kinship with Anya, avoiding the subject of her youth in Thalassio and her family. During a lull in the conversation, Lia remembered his request to change her gown.
“What did you mean the commander would drop the Lady Anya quicker than a lightning flash?”
The captain leaned forward, closing the short distance between them.
“He rules soldiers and slaves alike. His word is law. If he chooses to spend time with Lady Anya she has no choice but to oblige. While under his protection she is subject to his every whim and desire.”
“And what exactly is his whim this evening?”
He shrugged wryly. “To determine if she makes a suitable companion while here at the mansion.”
Heat rushed to Lia’s cheeks.
“And so too, the rest of the household is under the commander’s whims and desires. Is that why you asked me to change gowns tonight?”
He lowered his voice though they were alone, his eyes shone in contemplation. “Anya is the governor’s wife, and he will conquer her first.”
For a second time Lia blushed as the captain scrutinized her. “Who will he conquer next?” Shaken by his honesty, perhaps she didn’t want an answer. Romans were indeed polite but barbaric men.
Darius took her hand and thumbed the ring. “I pray not you, while you wear my ring.”
Lia’s brow rose in confusion. “But you said he will do as he wishes.”
“I have claimed you, but he may deny me your company if he chooses.”
Lia shivered. “Is that likely to happen?”
“I intend to see it does not. He is delighted with Lady Anya and scarcely looked our way all evening. It’s for the best if he remains interested by Basheria’s wife.”
Lia stared sternly at the handsome, dark haired, blue-eyed captain, admiring his gleaming white teeth and deeply tanned skin. “Either way I belong to you or him, but not to myself. What difference is there, Captain?”
“The difference is that I intend to help you, not hurt you. Keep my ring on your finger and you are safe. Don’t ask too many questions and keep Lady Basheria focused on pleasing him.”
“Why do you do this? Why help me?”
He paused for a moment, choosing his words. “You remind me of someone. I couldn’t help them when they needed me, but I can help you.”
A sentry’s voice rang out in the hallway.
“Come, it is time you returned to your room. I must check on the night guard.”
He curled his fingers around her upper arm causing a thrill to run the length of her spine.

Christine, born in Scotland, currently resides in Ontario, Canada.
Her favourite stories to write are romantic fiction, especially with an ancient Roman or Tudor theme, filled with heart-stopping heroes and page-turning situations.

The Only Good Roman on Amazon: http://amzn.com/B00H2KKO2A