Sci-fi for women—outnumbered by men 25 to 1


Hi Merry, and welcome to Adventures in Authorland. Please get comfortable and tell us about your adventure.

Do you see writing as a career?
Absolutely, yes!  They say that it’s important to set goals for yourself as a writer, and mine is to be able to make a living off of my writing.  I am especially motivated to prove that you can do that as a self-published author.  It’s not always easy, mind you.  No matter how you publish, making it a career takes so much work!  But it’s all worth it.  At the rate I’m going, I see myself “retiring” from my day job in about two years.
In which genre do you prefer to write and why?
Funny you should ask this, because I’ve been asking myself the same question a lot lately.  Right now, I write historical romance, and I really enjoy the books I’ve written.  But I have so many stories in me that aren’t historical or even romance.  This coming summer I will start publishing a series that I like to think of as science fiction for women.  It does have some romance and it’s going to have a very historical feeling to it, seeing as the setting is a new colony on a far-away planet, but it’s still sci-fi.  I also have a series that is—I’ll admit it—a strange sort of dystopian story about a world where men outnumber women 25 to 1.  But that also is a love story at heart, even though that love is between four men and one woman who make up a family.  As far back as I can remember, every book I’ve ever written has turned into a love story.

As a child, what did you want to do when you grew up? Writing, or something else?
I think I always wanted to be a writer, but at some point along the way I let myself be convinced that I needed to be more “realistic” and get a real job.  I continued to write on the side while I studied history and education and theatre.  I do actually love teaching and part of me always wanted to be a history teacher.  There are times when I regret not pursuing that path.  Then again, I teach a few writing and history for writers classes now and hope to make teaching a big part of my future.

Have you ever travelled to a place and come away with a story unexpectedly?
Well, yes and no.  I frequently travel to places with the intention of coming up with story ideas or researching the seeds of ideas that I already have.  I went to Colonial Williamsburg this past summer to research a colonial romance idea I’ve had, and I came away with a lot of brilliant historical facts that helped that seed of an idea take a stronger form.  And just at the beginning of December I drove to Halifax, Nova Scotia to see The Citadel, which is a great 19th century military fort on a hill as part of research for another series.  However, while I was driving through the wilds of Nova Scotia and New Brunswick, ideas for my sci-fi series started to pop.  There was just something about being so far removed from civilization that brought home the emotional impact of what the survivors in that series experience.  The trip gave me a lot of ideas for how to convey the emotions of the characters. 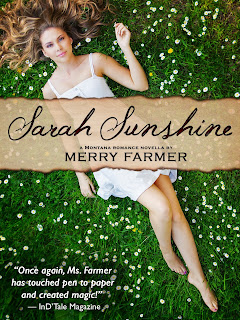 Only one day?  That’s a tough one!  I think I would like to go back to 12th century England, just to see what pre-Industrial society was really like.  My first series, The Noble Hearts, was set in England in the 1190s, and I received a lot of comments about how medieval life “wasn’t really like that”.  The thing is, no one actually knows what things “felt” like because the records that were kept back then don’t talk about it.  I have a theory that life wasn’t all that different, that people still loved, laughed, fought, had family issues, got along with some people and not with others, and so on, the way we do today.  On the other hand, as a student of history, I know the Industrial Revolution completely changed the way people live and interact with each other to a degree that it’s hard for us to imagine what things were like before.  I’d love to find out.

Have you ever cried during a movie? If yes, which one and why?
Oh man!  I cry at movies all the time!  I am a sucker for anyone who is lonely in a movie.  That makes me cry like a baby in a heartbeat.  I also weep buckets whenever somebody’s mother or other person who is close to them dies in a movie, because I was with my own mother when she died.  In fact, I just can’t watch the Winona Ryder/Susan Sarandon version of “Little Women” anymore because I saw that movie with my mom in the theater when it first came out.  At the end of the movie, she turned to me and said, “You remind me SO much of Jo!” and I said to her, “You remind me SO much of Beth!”  Those really are our personalities.  And then I was right by her bedside, very much like Jo was in the movie when Beth dies.  I’m getting choked up just thinking about it now.  So yes, I cry at movies, A LOT!

In Your Arms – Blurb:

Lily Singer has never belonged.  Taken from her tribe as a child and raised in a white man’s school, she no longer has a place in either world.  Teaching has become her life.  When that life is threatened by rumors and prejudice after a string of robberies, she must turn for help to the one man who spells disaster for her carefully ordered existence.  Will he save her or steal her heart?

Christian Avery, Justice of the Peace, is used to having things his way.  Cold Springs is his responsibility, and when its citizens blame the local Indian population for the mysterious robberies, it’s up to him to restore order and maintain calm.  The one person who refuses to follow his lead is the beautiful, native-born Lily.  Her defiance turns his life upside down and ravages his heart.

But when town gossip shifts from robberies to romance after a foolish indiscretion, Lily’s job and reputation are on the line.  She must choose between the only life she has ever known and the only place she has ever felt at home, in Christian’s arms.

In Your Arms – Excerpt: 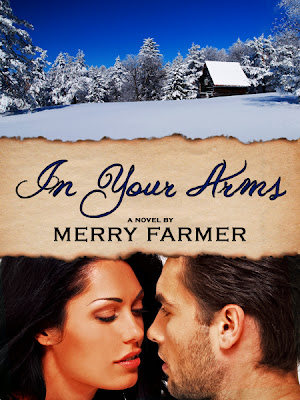 Jessica set her tea and letter on the small table at the base of the stairs and came over to join Lily.
“Is it Mr. Avery or are you upset about that Indian man they caught last night?” she asked.
Hot waves of shame bubbled up through Lily’s forced composure. She glanced down at her hands, clasped in front of her.
“Both,” she confessed. She hesitated. If she had such a thing as a friend, Jessica could be it. “Mr. Avery offered to drive me out to where the Flathead are so I can be sure they’re all right.”
“I’m sure they are.” Jessica smiled. She stole a quick glance up the stairs then craned her neck to see if anyone was sitting in the parlor. “He’s very handsome,” she whispered as though they were two girls in class exchanging secrets. “Very important too.”
Lily was ready to sink into the floor in embarrassment, like one of her students who had been caught daydreaming in front of the class. What must Jessica think of her, losing her head for a man at a time like this?
“He is many things,” she answered. Bullish, impossible, and reckless among them.
Jessica leaned closer, mischief in her eyes. “I know Miss Jones doesn’t approve of any of us having beaux, but—”
Whatever tidbit Jessica was tempted to share was lost as a wagon rattled to a stop in front of the house. Lily flew to the window, peeking out through the curtains.
“It’s him!” she gasped before she could stop herself.
“Oh!” Jessica leapt to fetch Lily’s coat from the rack by the door. “Here! Here!”
Lily pushed away from the window, tripping over her skirts. Jessica held her coat up and Lily twisted to thrust her arms into the sleeves. As she buttoned the coat’s large buttons, Jessica grabbed her mittens and tam o-shanter from the shelf above the coats. Lily frantically fit the mittens on her shaking hands as Jessica arranged the hat over her hair.
They were both panting and wide-eyed by the time Christian’s footsteps sounded on the porch. He knocked on the door.
“You look lovely,” Jessica whispered, bright with excitement.
Christian knocked again. Lily forced her expression to neutrality and stiffened her back. It was only when she reached for the door that she realized how foolish the whole scene was. She should be grave with concern, not prickling with anticipation.
A cold blast of air pushed into the house as Lily opened the door. There was Christian, tall and fine in his long, fashionable coat and hat. His face was pink with cold. He hadn’t shaved. His hazel eyes flashed to match the smile that revealed his straight white teeth. Lily’s breath caught in her throat, her body tightening in expectation. She cursed the intensity of her reaction.
“Good morning,” Christian greeted her as if nothing was wrong, touching the brim of his hat. He glanced past her shoulder to Jessica. “Good morning to you too, Miss Bunsick.”
“Good morning, Mr. Avery. Nice to see you. I have to drink my tea before it gets cold. Good-bye,” Jessica babbled. As she scurried off, she caught Lily’s eyes and whispered, “Good luck!”
Lily shut her eyes, her mouth pressed in a tight line. It was the fastest disaster she’d ever encountered.

Merry Farmer is an award-winning author of Historical Romance and what she likes to call “Sci-Fi for Women”.  She lives in suburban Philadelphia with her two cats and enough story ideas to keep her writing until she’s 132.  Her second novel, The Faithful Heart, was a 2102 RONE Award finalist and her unpublished futuristic novel A Man’s World won first place in the Novel: Character category at the 2013 Philadelphia Writer’s Conference.  She is out to prove that you can make a living as a self-published author and to help others to do the same.