Murder mystery on the plantation

Hello Gloria, and welcome. Please make yourself comfortable and tell us about your adventure.

The Bible, Cinderella, Dame Wiggins and Her Seven Wonderful Cats, Little Women, The Mistress of Mellyn (the first Victoria Holt book I ever read), and, of course, the first romance novel I ever read (I’d be hard-pressed to tell you the title). These are just a few of the books that made me a reader and encouraged me to be a writer.

I’ve completed eight books. Five of them have been published and three of them are looking for homes. I have a dozen others in various stages of completion. As far as my favourite goes, I’m just not sure. I loved writing my newest release, WHEN SWALLOWS FALL. For some reason, I just really enjoyed writing it. My favourite is probably Sweet Sacrifices, with Shades of Silence a very close second.

I prefer to write romance because that’s what I like to read. I’ve always loved fairy tales, and I love creating the moments that span the gap between once upon a time and happily ever after.

As a child, what did you want to do when you grew up?  Writing, or something else?

I wanted to be a writer, a housewife, a mother, a missionary and/or a teacher. I’m not sure how I became a paralegal, but it certainly wasn’t on my list.

Yes! I cry at random moments during movies, even when no one else might understand why. Specifically, I cry each and every time I watch The Family Stone. I keep thinking I’ll stop eventually. I mean, I’ve watched it like five times, but I always end up tearing up at the end. I think it’s because they are such imperfect people with such a perfect, accepting love for each other.
I also cried when I watched Toy Story 3. I went on a field trip with my oldest son to see the first Toy Story, my youngest son was one when the first one came out and he loved Buzz and Woody. By the time the last one was released, they were all grown up and watching Andy go away to college was like watching them grow up all over again – in a 2 hour time span. Now my grandsons are crazy about Toy Story, so if you ask me 15 years from now, my answer will probably be the same. 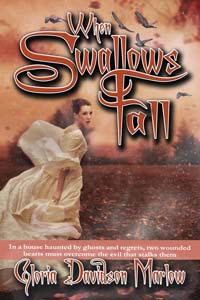 Although Ophelia Garrett loved Cade Scott first, it was her sister he married and took home to his plantation. When Ophelia receives word of her sister's murder and Cade's arrest, she travels there on a mission to learn the truth. She soon finds the halls of Almenara are haunted by secrets, peril, and quite possibly her sister's ghost.
Despite the cold, angry man Cade has become, Ophelia's heart refuses to believe he is a murderer. Vowing to do everything she can to prove his innocence, Ophelia must open wounds she’d hoped were long healed and face the feelings that still burn between her and Cade.
As everyone looks to Cade as the suspect, evil haunts the dunes and halls of Almenara, bringing death to two more young women and forcing Ophelia to confront the danger.

“How did Desi die, Cade?”
He lifted his head, his face mere inches from mine. Emotion clouded his gaze, and he opened his mouth as if he meant to answer me. Instead, a low moan escaped him and he caught my mouth in the hungry kiss I had dreamed of for six years’ worth of lonely nights. For just a moment, the reason for that loneliness was completely forgotten.
A cry rent the air, and I jerked away from Cade, guilt and alarm whipping through me in equal measures as I turned to stare at the maid who had finally returned with the broom and dustpan.
“Oh, Mr. Scott, forgive me, please.”
“No need for apologies, Susan,” Cade said, bringing the woman’s stammering apology to an end.
He looked at me, his eyes shadowed with pain. “I am the one who should be sorry. I’ll see you at supper, Ophelia.”
I was left standing in the hall with the maid, who stared at me with open disdain. Her voice was sharp and cold when she spoke.
“I thought you were Mrs. Scott, you know. Kissing her husband like that. It made me think Kathleen was right and she had come back from the grave after all.”
“People don’t come back from the grave, Susan,” I retorted, hoping my haughtiness hid my shame. If Desi were to come back to haunt the halls of the home where she’d died, I was fairly certain what I’d just done would be reason enough for me to be her target.

Romantic suspense author Gloria Davidson Marlow's heart is firmly planted in the northeast Florida neighborhood where she grew up in a family of commercial fishermen. She works as a paralegal for a local law firm, but remains a homemaker at heart who loves cooking, Florida wine, and making pickles and jellies. She and her husband, also a commercial fisherman, have three young grandsons with whom Gloria cannot spend nearly enough time.

To buy from publisher:  http://www.wildrosepublishing.com/maincatalog_v151/index.php?main_page=product_info&cPath=191&products_id=5430