Hello Paisley. Welcome to Adventures in Authorland. Please get comfortable and tell us about your adventure. 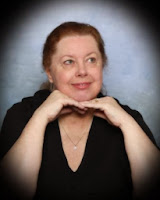 What inspired you to write your first book?
I am a storyteller at heart. After searching through the genealogy books my Mother put together, I understood the desire to put my stories onto paper. Paper? Yes, all those years ago the computer as we know it was not invented yet. Two writers showed up on the family tree. My great, great grandfather Charles Kirkpatrick kept a journal on his long trek across the plains by wagon train. This beautifully handwritten day-by- day account tracking his adventure is kept under glass at the Bancroft Library at UC Berkeley, and is rated five star.

His wife, and my great, great grandmother, Mary Kirkpatrick, wrote seven stories and from what we understand, they were the first stories published by a woman in a magazine.

I had dabbled at writing for years before I knew about the writing genes that were handed down to me. Once I read my grandfather's journal, I was hooked and knew I wanted to write a story using what he saw along the trail. First person information on what the mode of transportation entailed was perfect for the first story I wrote. MARRIAGE BARGAIN was released in March, 2013.

My next story came completely from my imagination, so you can imagine the shock I had when I read Mary Kirkpatrick's first story published and found two lines in a similar situation to be verbatim with my own words. I later learned her first story was an accounting of her life. What do you think? Could I have inherited her memories or maybe inherited her?

How many books have you written? Which is your favourite?
I am finishing up writing my fifth story in my Paradise Pines Series. The first two are published and the third is coming out the end of October of this year. Actually the first story in the series to be published is the third book I wrote. Each story stands alone, but after October they can be purchased in order. Night Angel was published last August. This is my favourite story so far. The heroine is loosely based on my great grandmother who was an actress on the stage in San Francisco before the
1906 earthquake. In my story she rolls into Paradise Pines as a poker-playing saloon singer and takes the mountain community by storm, interrupting their complacent lives.

In which genre do you prefer to write and why?
I've always loved historical. Lucky for me, I live where my stories take places, only 164 years before I arrived here. It's hard to believe people can create stories better than lives lived in the past. As a child I visited my grandparents in Nevada City, CA, which was also a gold rush town. Like in Placerville, Nevada City is still full of old buildings and lots of ghosts and memories of the exciting days of gold miners, gamblers, and daring heroes and heroines. I loved to hear stories my granddad told us and find those stories are fun to write and expand on.

When you are not writing, what are your hobbies, passions, etc?
Quilting is a great passion for me. Over the past eleven years I have made and given away forty-four quilts in memory of our daughter who died from cancer. I started out making baby quilts out of colourful flannels. Once I learned about putting photos on fabric, I have added memory quilts to my hobby. Some of the designs are my own, but for the most part I stick to the two styles I like best -- a stack and slash for the baby quilts and a modified long cabin quilt for the photo quilts. Sewing has always been easy and fun for me. Now it also has helped with my grieving and also given many quilts to snuggle in.

What place inspires you the most?
Scotland -- all of Scotland, every nook and cranny of the beautiful country where my Mother's family came from. My hubby and I spent 23 days driving the sheep trails the Scots consider roads and lived to brag about it. We went off the tourist grid and for certain, I left my heart there. One place in particular -- a very small community called Balquhidder has a beautiful old church with a graveyard. Rob Roy MacGregor and is family are buried there. I knelt before their gravesite and imagined bagpipes and swords clashing in the surrounding mountains. I will never forget this wonderful adventure.

Have you ever cried during a movie? If yes, which one and why?
I am a Gerard Butler addict. Yes a card-carrying fan who hasn't missed one of his movies. I have cried at several of his movies, especially P.S. I Love you and 300. This gorgeous Scot inspires me in most of my heroes and when I see his movies they always bring a sense of awe.

Share three fun facts about you that most people don’t know.
For ten years I was the president of country singing artist Kevin Sharp. It was a very special time in my life. We ran Kevin's booth at Fan Fair in Nashville, TN, for five years. This is where most country artists come to meet their favourite artists. Our booth was situated across the walkway from LeAnn Rimes. The best experience at Fan Fair was standing on the stage of the Grand Ole Opry next to the famous orange barn backdrop and watch Kevin perform three songs. It was one of the most beautiful experiences of my life.

One of my daughters-of-my-heart and I were standing across the road from the Chinese Grauman Theatre in Hollywood when Gerard Butler walked out of the building. When he saw us across the road, he took off his dark glasses, smiled and waved at the two of us. Yes, I did melt all over the sidewalk. And, yes, he has the most beautiful green eyes.

I have made too many wedding cakes to remember how many. Most of the little girls I had in my Camp Fire Girls group remembered I promised them I would make their cake when they got married. I had to go light on the decorating once I had carpel tunnel surgery, but nobody complained. Most of them were three tiers and rewarding to make. 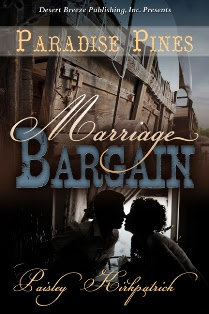 Discovering that riding off into the sunset was a lot easier on a computer screen than in real life, not to mention those saddle burns. Paisley Kirkpatrick began her career as an author. Hiding in the Sierra Mountain Range of California with her husband of 44 years, Paisley spends her time roping in the cowpoke of her dreams, or can be found wandering the streets of California's gold rush towns to find inspiration for her books. She might not have found gold in them there hills, but she did find a love for the old west and the prickling of the stories that make up her Paradise Pines series.

Drawing on family history and a healthy imagination, Paisley kicks off her wild ride on a dusty trail with Night Angel. Don't worry your little heads, though. It's the first of many adventures in a time when men were men, and women knew how to put them in their place. If you love your cowboys rugged with a sensitive side, and your heroines with enough fire to light up the western sky, you've got a home waiting in Paradise Pines. Just be sure to bring a six-shooter because the Lady Paisley aims for the heart, and when she fires, she never misses.

Abandoned by her sisters, her father in jail, Marinda Benjamin takes on the care of her ailing mother the best way possible -- working for an unscrupulous man with the power to crush her.  Forced to spy on a decent man, Marinda's honesty saves her virtue and revenge restores her self-respect.

When Ethan Braddock discovers his brother's poker pot cleaning his private office, he jumps to the right conclusion -- she's there to spy for his nemesis. Ethan can't help but find her irresistible. In spite of what his heart tells him, his brain reserves judgment on her character. Until he unravels the mystery of her connection to Danforth, trust is the one thing he can't allow himself. For that, she'll have to prove herself.

Marinda Benjamin won't marry until she finds the forever after kind of love. Has the man she's dreamed of loving been beside her all along?