Hello Mary and welcome to Adventures in Authorland. Please get comfortable and tell us about your adventure. 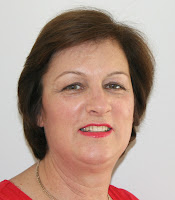 Can you give us some details about your recent release?
My latest book, SWIFT RUNS THE HEART, was released by Escape Publishing on 1st September. Escape is the e-book only imprint of Harlequin Australia, and has been great to work with.

SWIFT RUNS THE HEART is an historical romance set during the gold rush period in Otago, New Zealand. Both Geraldine MacKenny and Bas Deverill have escaped to the goldfields. Geraldine finds the life of a wealthy run holder’s daughter stiff and constraining. On the goldfields, she can be herself.
Bas may be of aristocratic blood, but he thrives on the challenges of commerce and the freedom of the colonies. Cheerful, casual, uncommitted — that’s the way he likes his life on the goldfields. Then both run afoul of the same notorious bandit, and nothing is the same after.

What inspired you to write your first book?
The first book I wrote was a very long, romantic science fiction epic. That came from a dream I had one night, which gave me the two main characters, the basic conflict and the opening chapters. It’s now in two books, remains unpublished, but is still very special – my first literary baby.
My first published book was A Heart Divided from Escape Publishing, a NZ historical romance set at the time of the Otago gold rushes. I happened to read about the tragic story of the unknown number of miners lost in blizzard conditions on the Old Man Range above Gorge Creek, Otago, and knew it would make a dramatic climax for a story. Then I had to find the characters. On a sunny day in Central Otago, I visited an old stone cottage near Gorge Creek. Sturdy and made to last, it’s a house made to be a home, a refuge for any rootless wanderer, and that gave me my heroine. My hero had to be like that house; strong, rock-solid, and needing with all his heart to love and care for my heroine – if only she would let him.

In which genre do you prefer to write and why?
I like both science fiction and historical romance, and prefer to swap between the two. I’m working on a science fiction book at the moment, one set on an imaginary planet.   There is a romantic element, but I haven’t quite decided whether it will have a HEA ending. A couple of historical romances are bubbling away in the back of my head as well, so will see which is fermented enough to start writing when I finish the SF book. I do little formal plotting before starting a first draft, but usually have worked out a general idea of the beginning and end, plus basic personalities for my main characters. I’m a pantser, so the rest (hopefully) appears during the first draft.

What book are you reading now?
I tend to have more than one on the go at a time. Currently it’s Dorothy
Dunnett’s Pawn in Frankincense, Anne Gracie’s The Perfect Stranger and Neil Gaiman’s The Ocean at the End of the Lane.

Who are some of your favourite authors?
For historical and romance, my favourites include the amazing Dorothy Dunnett, Nora Roberts, Jayne Anne Krentz and her alter egos Jayne Castle and Amanda Quick, NZ authors Karina Bliss and Frances Housden, especially her Scottish historical novel, A Chieftain’s Curse, M. M. Kaye, particularly for Trade Wind, Stephanie Laurens, and of course the Queen of historical romance, Georgette Heyer. As for science fiction & fantasy, my go-to authors include Orson Scott Card, Robert Heinlein, Catherine Asaro, Lois McMaster Bujold, Ian M. Banks and Juliet Marillier. Then there are the wonderful paranormals, which can be made up of SF, fantasy and historical romance. I have all of Nalini Singh’s books, I love Thea Harrison, and have recently discovered Australian author Shona Husk.

What books have most influenced your life?
Georgette Heyer’s April Lady and the Sergeanne Golon Angelique series introduced me to the world of historical romance, Mary Renault’s historical books were a major reason for an early fascination with ancient myths and legends, Isaac Asimov’s SF books opened up the endless possibilities in both fiction and science, Man Alone by John Mulgan raised ideas of what it is that makes us New Zealanders,  and an old copy of a history of the Country Women’s Institute found in a second hand shop introduced me to the treasury of local stories to be found in old NZ books.
I tend to haunt second hand shops now, and the NZ history section of the library. There were a number of local histories put out around 1940, to commemorate New Zealand’s first century, and they are packed full of the little stories that bring to life times past. Those old NZ books gave me my two published books, and that means the world to me. The Dunstan goldfield, New Zealand, 1862
A hand snatched at the cap on Geraldine’s head. “You’ll do nicely,” said a voice behind her. The accent was the educated English her stepmother tried hard to emulate, the masculine tones too self-assured, and the owner of the voice quite unknown.
Geraldine swung round to do battle, only to find a strange man standing so close she could not move without pushing past him. She froze, looking for an escape route, even as her mouth opened to tell the intruder into the saloon’s kitchen exactly what she thought of his behaviour.
The man showed no sign of shame at alarming her. He was too busy gazing at her uncovered hair with a look of decided satisfaction. Her mouth closed and she groaned silently. Like too many before him, it seemed the stranger was drawn by the hair that was the bane of Geraldine’s life. Like living strands of amber, her father used to say. Wild, uncontrollable and a nuisance, was Geraldine’s opinion. Too many men had lauded its beauty in the past. She set one foot back in slow retreat, even as his hands began again, hauling at the pins holding her hair in place at the base of her neck.
“Stop that!”
Her hands reached up, but to no effect. He batted them away and continued to release the vibrant curls she had hoped to keep hidden in this new place. He stepped back to admire his handiwork, the widening grin setting his face alight as he saw the effects of his changes. Too annoyed now to be frightened, she gave him back stare for stare.
It was a mistake. Time became irrelevant as her eyes slowly tracked up the newcomer and a strange fancy took her. His face seemed caught in an instant of endless motion. Taut skin tracing lightly over long bones, bright, sun-kissed hair and laughing sea-blue eyes.
Her world tilted sideways. She breathed hard, striving to fight off a rare feeling of confusion. Control. She must take control of the situation.
“What do you think you are doing?”
“Making you pretty for the gentlemen, of course,” said the stranger. “I need someone to distract the fine fellows awaiting me in the bar while I make my escape.”
“Whyever would I do such a thing?” she said, as she vainly attempted to return her hair to some kind of order and her senses to normality.
“Because if you don’t, they will kill me.”
It was said so matter-of-factly that she paid it no heed. His next action drove the words from her thoughts completely. Those wayward hands reached up for the neckline of her plain but serviceable gown and pulled the buttons open, laying back the two sides to bare a voluptuous swelling. His hands lingered in a caress that sent her heart into the oddest of thudding strokes.
“Molly has lost none of her ability to pick staff,” he said in a slow, husky drawl.


Mary Brock Jones lives in Auckland, New Zealand, but her childhood years in the stunning Otago region of the South Island live on in the romantic adventures of her heroes and heroines. When not fending off the demands of a determined cat or being towered over by her four grown sons, much to their endless amusement, she writes historical romances and science fiction.  Her two books, Swift Runs the Heart and A Heart Divided, both set during the goldrushes of Central Otago, are available now from Escape Publishing.

Thank you for joining us today, Mary. Wishing you many sales.