Historical series began as a mistake

Hi Sasha, and welcome to Adventures in Authorland. Please get comfortable and tell us about your adventure.

What inspired you to write your first book?
I spent a couple of years trying to write something after I mistakenly enrolled in a writing course at the local adult education centre in Melbourne. In the end I realised I didn’t like my heroine, the story had saggy bits and the plot kept changing. The one thing I did have was a strong secondary character who eventually became the heroine, Millie Ashton, of my first published book, Letter from a Rake.

In which genre do you prefer to write and why?
When I first started reading romance novels about six years ago I naturally gravitated toward historical books. I have always been a history buff and it seemed to just be a natural fit for me to try and write them. The Regency period is such a great era to write about, the only other era I think I could possibly write about would be Medieval. (I studied Medieval and Renaissance history in my final year at high school and loved it.)

Can you give us some details about your upcoming release?
My new release is AN UNSUITABLE MATCH, which is the second book in the Duke of Strathmore series. Lady Clarice Langham has discovered that David Radley, the illegitimate son of the duke is her secret admirer. Her father, Lord Langham, forbids them to be together.  The central theme of the story, is learning to accept who you are and through that challenge the world to take your rightful place. I loved writing this book and parts of it are set in a village in England in which members of my family live. I was fortunate to visit Sharnbrook when I was in England in April of this year.
I am currently editing the third book in the Duke of Strathmore series which has Lucy Radley, David’s sister as the heroine.

As a child what did you want to do when you grew up? Writing or something else?
Unlike many other authors I had no ambition to be a writer when I was a child. I wanted to either be an archaeologist or an astronomer. Neither career had many job opportunities, so I ended up with a MBA in business and have worked in finance all my working life. Having worked in publishing many years ago, I at least know how hard it is for authors to make a living out of writing.

If you could have any super hero power, what would it be?
My family had some input in this answer. My daughter suggested compulsion, which I think means she plans to be a super villain. My husband said super strength, but then was disappointed that he would be too slow to save the world. I decided immortality would be fun, it would give me plenty of time to finally get my overstuffed wardrobe sorted in the bedroom.

My favourite authors?
All historical romance authors. Stephanie Laurens, Anna Campbell, Julie Quinn and Eloisa James. I am about to start reading my very first Courtney Milan and really look forward to it. 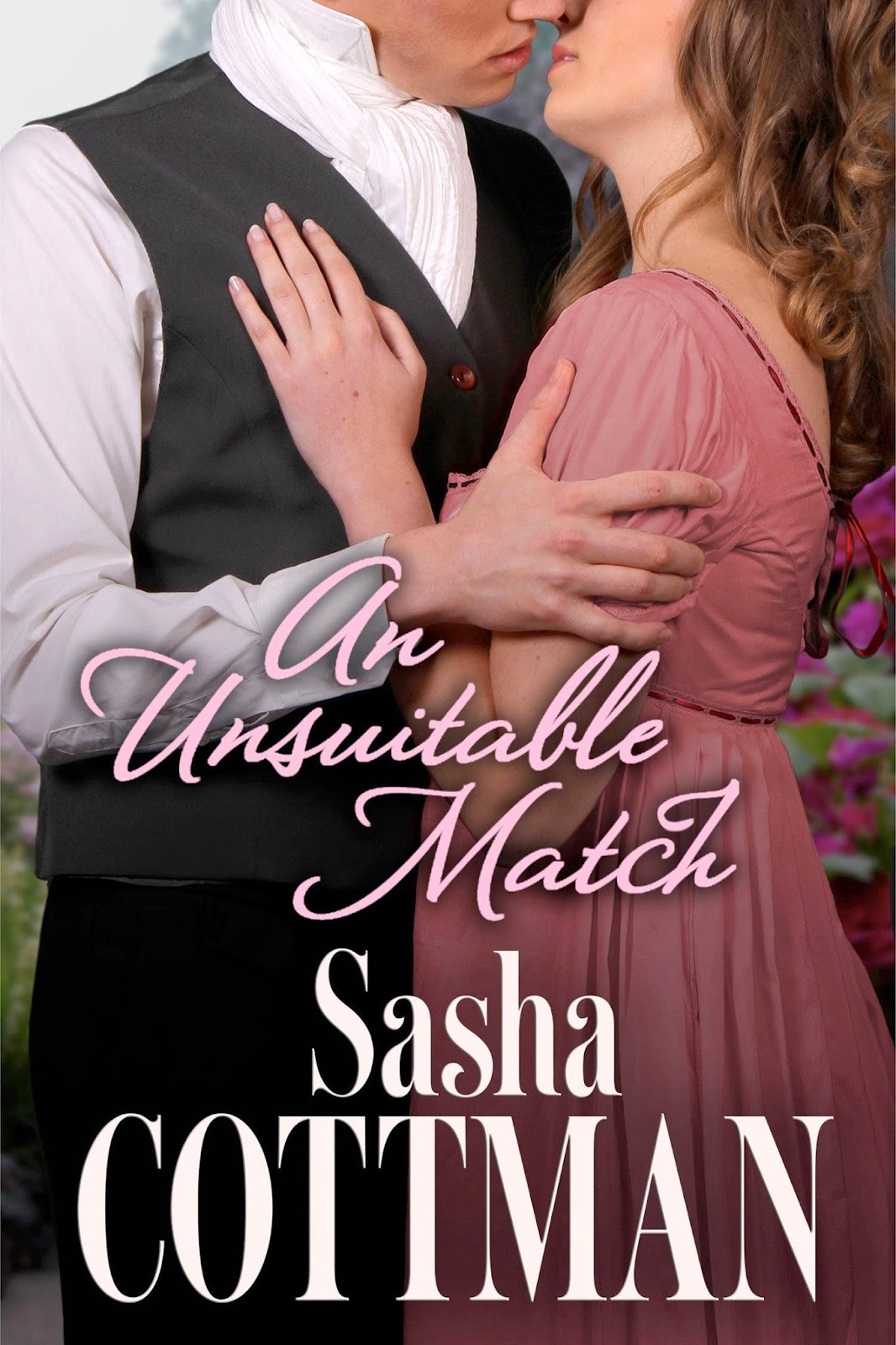 The Favourite Heiress..
Once engaged to the future Duke of Strathmore, the beautiful Lady Clarice Langham now finds herself in the humiliating position of celebrating his marriage – to another woman.  As a result of the scandal, it seems her reign as London's most eligible debutante has come to an end.  But things begin to look up when handsome and charming rake David Radley makes it clear that, at least as far as he's concerned, she's still the catch of the season.
The Illegitimate Son…
The eldest son of the Duke of Strathmore, David Radley has been raised alongside his father's legitimate children.  But while he is generally received as part of the family, not everyone thinks he should be, and especially not Clarice's father, the Earl of Langham, who forbids her from having anything to do with him.
An Unsuitable Match…
David's been in love with Clarice for years, and it isn't long before the attraction between them develops into something deeper. Yet he senses Clarice is hiding something and until she reveals her secret, she won't be free to follow her heart. Despite everything, David will not give up on Clarice, not even when another seems set to claim her.

EXCERPT:
I dream of the hours when you and I can finally be alone.
Softly sharing whispered words of love.
London, Mid-Summer 1817
As the carriage slowly snaked its way up Park Lane, Clarice picked at a loose piece of thread on her gown. No matter how hard she pulled, it refused to come free.
She sighed, dreading that this was a sign of things to come. Tonight was going to be a trial, no matter what.
And I have no-one to blame but myself. You could have done it all in private, but no, you had to go and make a huge public scene. Well done, Clarice. Well done.
‘At this rate we shall have to get out and walk if we are to arrive at the dinner on time,’ Lord Langham grumbled.
Stirred from her thoughts, she looked across the carriage to her father. Everyone, it would appear, was headed to Strathmore House for the wedding celebrations of the Marquess and Marchioness of Brooke. It had taken them nearly an hour to get this far in the slow-crawling line of carriages.
‘We could turn the horses around and go home,’ she offered.
He shook his head. Reaching out, he took hold of her hand and gave it a gentle squeeze.
‘We have to do this, my dear. We must show the rest of society that you are not crushed by the unfortunate event of your failed betrothal to the groom,’ he replied.
She mustered a hopeful smile for him. Her father was right, of course. If she stayed away from the wedding celebrations it would only confirm what the rest of the ton no doubt thought of her. She was Lord Langham’s poor little broken bird. An object of pity.
‘Yes, of course, Papa,’ she replied.
The truth was, she didn’t particularly mind what the rest of London thought of her. In fact, she rather preferred they didn’t think of her at all. Being unremarkable was at times a blessing.
She shifted in her seat and forced herself to sit upright. As she straightened her back, the tight garments under her gown shifted and eased. She took in a shallow breath. The discomfort meant little. For her father’s sake she would endure far worse.
Tonight she would stoically bear all the whispers and sly looks that came her way. This evening was for her father. London’s elite would know Henry Langham was a man capable of forgiveness. But Clarice knew there was a limit to her father’s magnanimity.
She knew she could never confess her terrible crime against him. To have him know that she had stolen from him the thing he had held most dear. Earl Langham might forgive others for their sins against him, but Clarice knew there could be no forgiveness for what she had done.

ABOUT SASHA:
Born in England, but raised in Australia, Sasha has a love for both countries. Having her heart in two places has created a love for travel, which at last count was to over 55 countries. A travel guide is always on her pile of new books to read.
Sasha lives in Melbourne with her husband, teenage daughter and a cat who thinks sitting on the keyboard is being helpful. Her family have managed to find all but one of her secret chocolate hiding places.
When not writing, she is busy working full time as a Chartered Accountant. On the weekends Sasha loves walking on the beach while devising new ways to torture her characters.

Buy Links:
You can follow Sasha and find out more about her and her books on her website: http://www.sashacottman.com
Follow her on Twitter http://www.twitter.com/sashacottman
Facebook: http://www.facebook.com/sashacottmanauthor
Goodreads: http://www.goodreads.com/author/show/7136108.Sasha_Cottman
AN UNSUITABLE MATCH.is on pre-sale at Amazon. http://tinyurl.com/ob4xtjj
Posted by Jean Drew at 12:14 PM