Hello Dawn and welcome to Adventures in Authorland. Please get comfortable and tell us about your adventure. 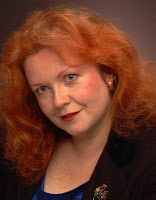 Historical romance is my genre of choice.  I prefer to write about Brits in the late 1700’s because there was so much going on during that period: crazy King George, loss of the colonies, the French revolution, the English attempts to control Scotland and Ireland. That time also offered a veritable plethora of rules. Unlike today, society was steeped in what was “proper.”  So of course I have my characters defy convention to achieve my favorite part of a book “and they lived happily ever after.”
Besides, it’s exhilarating to take a hero and heroine who don’t appear, on the surface, to have anything in common and gradually show my readers why they are perfect for one another.  The uncertainty and mistakes men and women make when they first fall in love can run the gamut of emotions from heart rending to very funny. And, being human, romance is a subject we can all relate to on some level.

When you are not writing, what are your hobbies, passions, etc.?

I am an eternal student, so I’m never at a loss for something to do. We just got back from Pennsic War where I’ve discovered a number of hobbies over the years. (Try searching the internet for the SCA, or Pennsic War if you’d like to see pictures.) The workshops at this event have piqued my interest in: the harp, woodcarving, gardening, weaving, working in metal-just to name a few. Of course, I can also discover what I’m not suited for, such as falconry. My instructor informed us you needed to be with the birds 24/7 and feed them small pieces of animals. (Yuck) He was also helping to band a Golden Eagle when the bird put its talons through his forearm. The other two men couldn’t pry the talons apart, so he had to play dead to encourage the bird to let go. That hobby falls into the “too perilous” category for me.

Read-in all genres, then take classes to hone your skill.  You’ll discover each genre has its conventions and until you know what they are, and have mastered the “rules” of writing, you need to stay within the guidelines. That said, once you know what is expected, then you can do the unexpected-but only with good reason. Most writing “rules” were established to help the reader stay connected to your characters and story.  And as with anything else: practice, practice, practice.

I couldn’t find a lot of the books that I like to read. (I enjoy fast-paced historical with whimsy and clever repartee.) I’ve done some acting and I remember thinking I can play all the characters and tell my kind of story.  I’d had Alex and Declan’s plot (Love’s Guardian) in my head for several years and I finally decided to put it down on paper.  Funny thing is, once I started to write them they took on a life of their own. Probably because I picture the scenes in my head, much like a movie.

Come on guys, you can probably guess my longed for super power from my answers to the other questions. I’d like to be able to travel through time at will. Of course, I only want to visit a time period with hazards like the black plague for research purposes, and I’d make sure I had the appropriate shots before I went. Oh, and I’d make it a point to give rats a wide berth. (Thereby avoiding their fleas.)

Who are some of your favorite authors?

I enjoy authors who do history with a light touch, such as Teresa Medeiros and Julia Quinn. It’s the amusing repartee between the hero and heroine, combined with the character’s ability to find herself/himself in an unexpected predicament that keeps me looking for their books.
And my dark side enjoys paranormals such as Christine Feehan’s “Carpathian” series and Karen Moning’s “Fever” series. I love alpha males, and these two authors take “alpha” to a whole new level.

Can you give us some details about your upcoming releases?

I rarely work on two manuscripts at a time, let alone three, but that’s what I’m doing at the moment. I’m nearly finished with MORGAN’S FOLLY, the third in my “Georgian” series. (Love’s Guardian and THE PERFECT DUKE are the first two.) I’m also writing two Highland time-travel stories. A short tale entitled A HIGHLANDER FOR CHRISTMAS that will be in the Soul Mate Publishing Christmas Anthology, and a full-length tale entitled A Highland Yearning that will continue Highland Sons: the Mackay Saga. The Highland saga is wrapped around the Mackays and the legend surrounding the “Ring of Belief.”  Below are a few lines from A HIGHLAND YEARNING:


***
Caden stopped Ariel as she passed; his touch on her arm disconcerting. “Lass, you never asked my name.”
She sighed and rubbed Scruffy’s good ear. “That’s because, if you aren’t an illusion, you’re Caden Mackay, of the clan Mackay. It must the late 1700’s, and I suspect it’s before that blasted painting because in the portrait you’re wearing the imaginary ring.”
“Ye don’t ken it’s 1775?”
“No, I don’t, because you see, I don’t belong here.”
His assessing gaze bored into her. “Aye lass, ye don’t.”

Blurb for THE PERFECT DUKE: 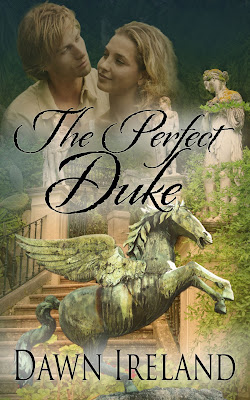 Known as The Marble Duke amongst the Ton, Garret Weston, the Duke of Kendal sets himself apart from his peers. Nothing will hinder his guilt-driven attempt to become a “perfect” duke.  Nothing that is, save the alluring and imaginative betrothed he’d thought dead. His intended believes-of all things- that she is a Vicar’s daughter. The “perfect” duke needs a “perfect” duchess, but how was he to discern her suitability? Employing her as governess to his niece seemed like an ideal solution. But whose “suitability” is being tested? His betrothed refuses to see he is beyond redemption. And most grievous of all, she stirs his blood, making him forget what’s important.

Cara believes fairy tales really can come true, until she meets the unrelenting and arrogant Duke of Kendal. He looks like a Prince, but acts like a Beast. Why must he challenge her at every turn? Her greatest peril is her attraction to the vulnerable, seductive man behind the title. A match between them would be impossible. But can she show him, without losing her heart, that “perfect” is a matter of perception?

“Once Upon a Time” are four of Dawn’s favorite words. Her love of story became a love of romance when she read Georgette Heyer’s, Devil’s Cub. It inspired her to write stories with strong characters that discover love is never easy, but always worthwhile. Dawn’s written several award-winning novels set in Georgian England – an era filled with rules and intrigue. Her characters often defy “Society” as they pursue love, run away, pursue, run away – well, you get the idea.
Then again, she might write romance in order to do the research. What other profession encourages you to sit in the audience at Harlequin’s Male Model search, and take notes, or just sigh?
Dawn lives in a Victorian home in Upstate New York with her husband and very independent cats. When she’s not writing, she’s singing, gardening, learning to play the harp or wood carving. If you’d like to learn more about Dawn and her novels, go to her website at           www.dawn-ireland.com

For the full scene, go to my website at www.dawn-ireland.com