Hi Jan, and welcome. Please tell us something about your writing adventure 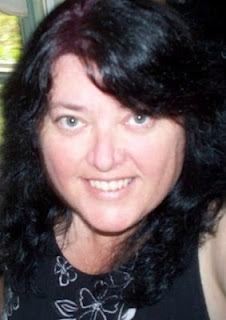 I think it was when I was offered my first publishing contract. Up until then, I wrote but didn’t really know if I was just fooling myself or not. Once I got offered a contract I thought, Okay, someone in the book world thinks I’m good enough to do this. Now I’m a writer.

I was at home recuperating from an illness and decided it was a good time to start writing again. I’d had the idea for Finding Angel roaming around my head for a while but it was only when I found myself with free time that I decided to write it and see if I could get it published.

I’m currently working on two new books, Switching Mercedes is the third book in my
Wylde Shore Series which fans have been asking me about, so I’m trying to get that finished as soon as possible. The second book is my first paranormal romance called Garden of Stone. I’m hoping to have both of them ready for release early 2013.

Who are some of your favorite authors?

I love paranormal books so most of my favorite authors come from that genre, I really enjoy reading JR Ward, Nalini Singh, Gena Showalter…there just too many to name.

I’m torn between wanting to have super human strength and being able to fly, I think I’d like both. J

Steve watched Rhia thoughtfully. This was the penguin? Surely not. She was too shapely, too young, and too pretty. Hell, she was too damn sexy to have ever been a nun. He couldn’t decide if the fact he was growing hard under his jeans meant he was destined to go to hell. A smile edged at his lips as Rhia adjusted her top so he couldn’t see her stomach, the downward pull of the shirt revealing tightly budded nipples beneath the fabric. Maybe he wasn’t the only one in this conversation having impure thoughts. His cock pulsed harder as he thought of a befitting punishment for a nun with impure thoughts. 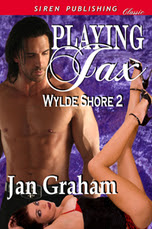 His black, heavy-weighted leather flogger sprang to mind. He imagined her cuffed to the St. Andrew’s cross he kept stored in his garage, him behind her, wielding the first lash of leather tails against her skin.
His cock stiffened and pressed uncomfortably against his tight denims. Steve needed to get his mind under control. If he didn’t, Rhia would be in all sorts of trouble. Besides, he got the distinct impression she was a little uncomfortable being this close to him. She fidgeted with her clothing some more. Maybe she simply felt a little exposed in that snug little PJ set…that damn-fine, hug-her-body-like-a-glove, little PJ set.
Stop it, you Neanderthal, she used to be a nun.
Steve cleared his throat and addressed the issue at hand. Well, one of them. There was nothing he could do about his erection at this moment in time.
“So…did you bring a key out with you, or do you need help to get back inside?” Steve removed his leather jacket and handed it to her. “So you don’t feel as exposed.”
He watched as she took his jacket and quickly shrugged it on, wrapping it firmly around her body. Well that did nothing to ease the throb in his pants. Now she looked even sexier. The jacket completely covered her. The arms were way too long, and the leather kissed against her bare thighs as she tried to adjust the sleeves so her hands were exposed. Jesus, now she looked like she had nothing on, except the jacket. The sound of her voice snapped him back to reality.
“Thank you, Steve, and yes, I do need help to get back in.”
He dipped his hand into his jean pocket and pulled out a set of keys. He could feel her watching him but knew he couldn’t afford to look at her. If he got any harder, he might bust the zip in his pants. Then there’d be no hiding what he felt about her. His beast of lust was trying to break its leash, and he was not going to let that happen. Well, not tonight anyway.
Not any night, you idiot. She’s Meg and Barry’s sister…and she used to be a nun.
He moved to the front door and sensed her step up behind him. He didn’t expect her to be so close when he turned around. Oh, dear God in heaven, she smelt too delicious. Hints of fresh citrus invaded his nostrils, a summer scent that he adored. She looked innocent and sexy at the same time. How could that be, innocently sexy? His cock pulsed. She was nothing like he expected. He nearly groaned at the realization she was going to drive him insane. Living across the road from her would test his control more than it had ever been tested before. She looked up at him curiously as he flicked through the keys. The sweet innocence reflected in her eyes convinced him that she had no idea the effect being this close to her was having on him.
“I helped the owners renovate the interior, and I haven’t given Angel the key back yet.” He unlocked the door, held it ajar and ushered her back inside. When she brushed against him, a jolt of arousal rushed through his body. He was a dead man. Steve made a mental note to return the key to Angel on his way to work in the morning. Despite what his body was telling him, he didn’t need easy access to Rhia or her home.
“Angel must really trust you if she gave you a key to one of her houses.” Steve heard relief in Rhia’s voice. He wasn’t sure if it stemmed from being back inside, or the fact that Angel had given him a key. Whatever the reason, it appeared to calm her. Her expression no longer held a wary edge. “Would you like a coffee, or do you need to go home?”
Steve needed to go home. He needed to leave before he tried to kiss his new neighbor and drag her off to bed.
“Sure, coffee sounds great, black and five.”
You idiot! Talk about being a glutton for punishment.

I have enjoyed writing throughout different periods of my life, but it is only now that I have the ability to work on it in a full time capacity. I love the imagery the written word creates in one’s mind and therefore I am an avid reader as well as an author.

At the end of 2010, after many years of working in the “real” world, I finally decided to make writing my career. I currently have books under contract with Siren Publishing and Secret Cravings Publishing.

I am pleased that I’m finally able to give the characters that swirl around my head on a constant basis the opportunity to put themselves down on paper, and hopefully entertain others as much as they amuse me. More information about what I’m up to, competitions and general nonsense can be uncovered if you visit my website http://www.jangraham.com.au or my blog at http://jangraham.blogspot.com


You can buy Playing Jax at http://www.bookstrand.com/playing-jax

Thank for visiting us, Jan. Wishing you many sales for Playing Jax.