Hi Babs and welcome to Adventures in Authorland.

Tell us a little about your personal adventure.  When did you first consider yourself a writer?

When I was about eight, I sat at our living room window and wrote down, word for bloody word, the story of how my cat killed and ate a rabbit. My mother was so impressed, she shared it with my principal, who read it to the whole school. The response I got from that was really inspiring, and probably led to my work as a journalist later on. I wrote my first full novel when I was fourteen, and I’ve been writing ever since. 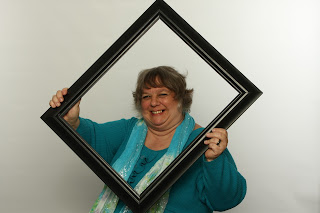 I’ve had a couple of periods in my life where I’ve thought that was possible. When I was in my mid-twenties, I worked as a newspaper reporter and editor at The South Dade News Leader, a daily paper in south Florida, so I actually earned my daily bread by the written word.

Then there was that pesky middle period where I went to law school and then I had a day job as a lawyer and raising a couple of families, and I had to squeeze writing in around the edges. But now I’ve got a comfy part-time salaried legal gig, which has really given me permission to open up the writing box and let my imagination out. Which is kind of a dangerous thing. J

I’ve written twenty-two novels. Nine are currently in print, including the urban fantasy Clan Elves of the Bitterroot series set in western Montana—THE ELF QUEEN, THE ELF CHILD, THE ELF MAGE, and 2013’s THE ELF GUARDIAN. I have a science fiction/space opera TRIAD that’s out, and a contract for the HORIZON trilogy with Dragonfly Publishing, beginning in 2013, HORIZON SHIFT, HORIZON STRIFE and HORIZON DYNASTY.  In August, my supernatural mystery book LOVE ME, KISS ME, KILL ME was released by Hydra Publications.

On the romance end, The Wild Rose Press has released SECRETS IN THE SAND, CONVICTION OF THE HEART and THAT GIRL’S THE ONE I LOVE; the first two are romantic suspense (my favourite as I was growing up) and the last a contemporary.  CONVICTION OF THE HEART is the first book in the Pittsburgh Lady Lawyer series, which was followed by Zumaya Publications’ SECOND CHANCES. I’m currently working on the third in that series.

So far for next year I have scheduled/contracted for publication the romance BY ANY OTHER NAME, the two books listed above, the science fiction romance A SMALL DEGREE OF HOPE, and finally THE COLOR OF FEAR—PLAGUE , the first in a young adult post-apocalyptic trilogy that has always been my very favorite story that I’ve written. I can’t wait to see it in print. The story explores what happens after a terrorist bioattack takes out most of the world’s Caucasian population (among others) and changes the political situation and the infrastructure of America, seen through the eyes of  some young people of color who’ve managed to survive.

I guess I don’t really have a preference. As you can see, I’ve written in a lot of different genres, the women’s fiction/romances as Alana Lorens and the fantasy/sci-fi/supernatural stories as Lyndi Alexander.

The pen names are important to me, because the elf stories were the first to get published, and as a lawyer I thought people wouldn’t take me seriously in my day job if I was writing elf stories, you know? When I started having romances published, though, I thought my elf readers wouldn’t necessarily expect the kind of stories I was writing now, so I created a second pseudonym.  Hopefully I won’t start writing literary fiction or cozies, because I’ll have to think of a new name!!

For the last twelve years I’ve spent an awful lot of time dealing with the special needs of my husband’s children, who I adopted when they were very young. All three have an autism spectrum diagnosis. At one point there were several years where we had as much as 70 hours of therapies a week among the three—speech, occupational, physical, ABA, all kinds of stuff. Fortunately, our early intervention for at least two of the three has really paid off, in that they attend school with their peers and function reasonably well, if a little differently, every day. The third is still a work in progress, but we really hold on to that term “progress.”

When I have extra time, which isn’t often, I also like to quilt and make doll clothes for the many grandchildren, and we try to put in a garden and can fresh vegetables each summer to stay as healthy as possible.

My mother and I were estranged for a long time, and she became ill with a mystery disease, that was finally diagnosed as hepatitis C, back in the early days of that disease’s discovery. She made up with all of her daughters before she passed away, and when I went out to visit her, she asked me to take care of her final arrangements, disposing of her furnishings and so on.

When she went into the hospital for the final time, her friends called me and asked me to come to Arizona to close up her apartment, as she would not be able to return home, because she was very ill.  I dropped everything and went out, handling the distribution part without a lot of emotion, just getting through it. I went to the hospital with her friends to pick up some final papers, but I couldn’t bring myself to go in and see my mother, because I knew she’d know I was closing up her place and that meant she wasn’t going to make it.

I’ve regretted that missed opportunity to say goodbye so many times over the years. If I could do that over, it would really put my conscience to rest.

(As a postscript, I received a call from the hospital just as we finished cleaning the apartment that my mother had passed. It was almost as if she knew she could let go because her affairs were handled. So I believe she forgave me. But I’d rather it had been different.)

EXCERPT from LOVE ME, KISS ME, KILL ME:
Of all the corpses I’d seen in six years as a news reporter, Lily Kimball’s hit me the hardest. Found in a drainage ditch along Route 24, two inches deep in snow, she wore only a shabby pair of Banana Republic jeans and a red jersey shirt, a dried clot of blood on her forehead where she’d taken a header into a discarded bottle. 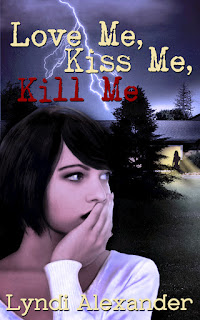 In the half-light before dawn, two CSI-types crouched in front of the body taking pictures and samples, thick parka vests protecting them against the thirty degree early March chill. Each breath left their cold lips as a mist of water vapor.
“Damnedest thing I ever saw,” the lead investigator said to the waiting medic from the volunteer ambulance service, “Why the hell would some girl be out here in the middle of a snowstorm without shoes, without a coat?”
Good question as far as I was concerned. I was freezing my butt off, despite a hoodie under my jacket, black sweat pants and fur-lined boots. I couldn’t return to the office until I had some answers. So far, all I had was her name, thanks to the CSI techs.
They hadn’t disturbed the body much, other than to rule out major trauma. Lily’s skin was icy white, her black hair patchy, so thin it lay atop the snow. Bony stick fingers and toes were dark red, almost violet, from frostbite at the bare tips. It seemed like she’d just fallen over into the ditch. Just let go, dead.
Satisfied with their photos, the techs turned over the stiff body. The girl’s pale, sightless eyes stared into the gray miasma of the late winter sky. Nausea crept from my stomach toward my throat. She had to be about my age, twenty-something; about my size too, although those fingers were wickedly thin. What would have compelled me to leave home in a blizzard, half-dressed, ending in a frozen ditch with my life sucked out?
I didn’t know what could cause such desperation.
But the goosebumps that rippled across my skin told me it was still out there, lurking.
Babs Mountjoy dreamed for many years  of being a spaceship captain, but settled instead for inspired excursions  into fictional places with fascinating companions from her imagination that  she likes to share with others. She has been a published writer for over  thirty years, including seven years as a reporter and editor at a newspaper  in Homestead, Florida. Her list of publications is eclectic, from science  fiction to romance to horror, from tech reporting to television reviews.  Babs is married to an absent-minded computer geek. Together, they have a  dozen computers, seven children and a full house in northwestern  Pennsylvania.

for buy links and more on LOVE ME, KISS ME, KILL ME, see http://lyndialexander.wordpress.com/love-me-kiss-me-kill-me/

Thanks for sharing with us today, Babs. Looks like you're having a full on adventure.