Tricia's novels begin in her dreams

Today I'd like to welcone Tricia Andersen. Welcome, Tricia. Please get comfortable and tell us a little about your writing adventure. 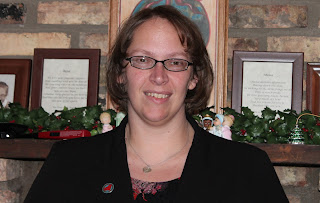 Many of my novels begin from dreams I’ve had.  My first novel, SORCERESS OF SAVON (being released by Secret Cravings Publishing in June) began from a dream.  I took the dream and built around it.  The dream is actually a scene in the book.  It’s altered a bit but it’s there.

I actually started as a children’s writer.  I wrote my first book in 1998 but I had no idea how to publish it.  My husband spent months trying to figure it out.  Finally I told him to stop figuring. I wasn’t meant to be a writer.  A couple of years ago when my oldest was a junior in high school, he told a friend about the book I wrote.  She told him about Createspace.  I looked into it, did the illustrations myself and three months later my book was finally published.  I published two children’s books and two novels I had already written through Createspace and Smashwords then wrote BLACK IRISH.  After self-publishing Black Irish, I submitted it to agents.  One responded that she would look at it again if I had it gone through by a critique group.  I joined the RWA and From the Heart Romance Writers.  It was there that I found Secret Cravings Publishing.  I submitted Black Irish and it was accepted.

I coach youth track and field and participate at the adult level – I throw discus, shot, hammer and javelin.  I just started kickboxing with a gym. I interviewed for my WIP BREAKING THE CYCLE and I love it.  I chase my three children around to their activities.  I am also active in my church and I sew and machine embroider.

What place inspires you the most?

It’s my favorite place to visit – The House On The Rock in Spring Green, Wisconsin.  It is so eclectic and can have such a macabre feeling.  My grandmother had a souvenir book of pictures when I was really little and I used to stare at it for hours.  It’s just an amazing, beautiful place.

Medieval Europe, back to the time described in Chaucer’s The Canterbury Tales.  I’ve always been fascinated with knights and ladies and bar wenches and the common folk.  Many of my stories are written from that time period.

I have two weaknesses – coffee and pro wrestling (yep – the fake stuff).  Two of the heroes in my WIPs are fashioned after two WWE wrestlers.
I coach track and field but my favorite sport is rugby.
I have pointed ears, kind of like an elf. 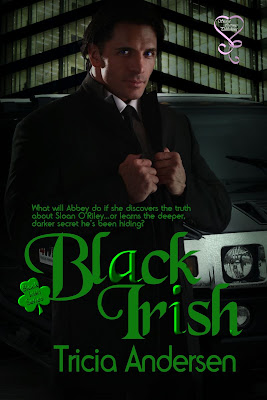 Abbey couldn't believe he was gay.  Abbey nearly ran away from her dreams of being a children's book writer when she was introduced to her illustrator, Sloan O'Riley, a dark, sensual Irishman with incredible ice blue eyes.  He certainly couldn't be good for Abbey's relationship with her boyfriend back in Iowa.  How could she stay in New York and work intimately with the sinfully sexy Sloan even if he was gay?  And when Sloan is threatened to be deported, how far would Abbey go to keep him in the U.S.?
Sloan was forced to tell a little white lie.  He had no choice.  He couldn't let the sweet, beautiful, innocent Abbey Wright flee from his life - not without a chance to explore the sudden desire he felt for her.  Lying to her by telling her he was gay seemed to put her at ease.  But what would Abbey do if she ever discovered the truth about Sloan's sexuality - or learned the deeper, darker secret he's been hiding?

EXCERPT
Sloan watched from a distance as Aubrey fought to keep Abbey from dashing away, a frightened doe in the terrifying forest named New York. Apparently, up to this point, the vicious predators of the city hadn’t sent her fleeing home.
Until he entered her world, obviously.
Sloan had to admit something about her alarmed him too. He knew many women and had been with several. But none of them like her. Innocent. Naïve. True. Or so she seemed at first glance.
He couldn’t pull away from her wide-eyed, burning, hazel gaze. He wanted to free her shining, brown tresses from her ponytail and bury his fingers in the locks. He wanted to taste her plump, rose lips. He wanted to caress her curves, feel her warmth.
Sloan could hear Abbey beg for another illustrator. He heard Aubrey counter that there was none better. He was part of the deal, or there was no deal. She was ready to walk away from a contract worth potential millions over a fear of him.
He wouldn’t let her do that. He wouldn’t let her leave his life before she ever became a part of it.
Slowly approaching the two women at the end of the hall, Sloan asked, “Aubrey, can I have a moment please? Let us talk it out and see if we can come to an agreement.”
Aubrey looked uneasily from him to Abbey then nodded. “Sure.”
Sloan waited for Aubrey to return to the conference room. He shot a warning glare at the associates that had gathered to watch the scene unfold before turning his attention back to Abbey.
“What’s the matter, miss?” Sloan took Abbey’s hands in his as he smiled encouragingly.
“I’m sorry. I’m sure you’re very talented. But I don’t think I would be comfortable working with you,” she confessed.
“You don’t even know me.”
“I know. And I’m sure you are a perfect gentleman. But, you see, I don’t think Michael would be very happy with me working with a…gifted man such as yourself.”
“Michael?”
Abbey blushed. “My boyfriend.”
Ah. There it is. A boyfriend. Sloan silently berated himself. He should’ve known a woman so beautiful would have already given her heart to someone. He couldn’t, however, allow her to get away so quickly. Perhaps he couldn’t have her, but that didn’t mean he had to let her go.
Thinking quickly, Sloan pressed one of her hands to his lips. “No worries, luv. I’m no threat.”

“How can you say that?”
“I’m gay.”
Her face brightened with relief. “Really?”
“Yes, Abbey. Gay.”
She blushed pink. “I’m so embarrassed. I overreacted. Please forgive me?”
“Of course I forgive you. Now, will you stay and undertake this project with me?”
Abbey beamed. “Of course. I would love to.”
Sloan motioned for her to precede him back to the conference room. He watched her walk before him, his gaze transfixed on her hips, her slim waist, and her luscious curves. A little white lie. She’ll never know.
Thank you so much for having me on your blog.