Journey beyond the stars with SE Gilchrist 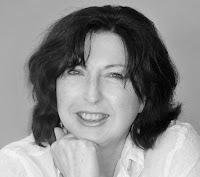 Hello SE, and welcome to Adventures in Authorland. Please get comfortable and tell us about your adventure/

I believe this occurred when I decided to take my writing seriously but I wasn’t sure I would ‘make’ it so deep down inside, I didn’t really believe I was a real writer. In January 2009 I made a commitment to take my passion seriously so I took my first on-line course, the RWA Bootcamp 109 and followed that up by my first attendance at the RWA conference, that year held in Brisbane. Seriously, these two events changed my life.

Suddenly, I was in contact with like-minded people, some of whom were like me, on the threshold of their writing journey, others were established writers with years of experience and achievements and of course, there was everyone in between.

And what was so wonderful at that conference, was that everyone said to me: If you write, you are a writer.’

I’ve written about eleven books/stories but my early attempts will never see the light of day. Hard to choose my favourite as I have a tendency to fall for each hero when I am writing that particular story then when I move onto the next one, I fall for him (see how fickle I am?). But since I have to pick, it would have to be Legend Beyond the Stars. This book encompassed a lot of firsts for me. I wrote my first sex/love scene (thank you so very much to the encouragement of the ladies of Bootcamp 109). It was the first single title I’d ever attempted and finished, my first attempt at writing sci-fi (although I’ve been a sci-fi / mythology fan since I could hold a book in my hands). This book also gave me my first placement in a writing contest, it came third in 2011 RWA Emerald Contest.

I love to set my stories in worlds which I invent, futuristic, post- apocalyptic, fantasy with historical settings. The whole deal of world building is fascinating and I love researching for facts, inventions, myths, history anything that I can use or twist it around to suit is challenging, fun and exciting for me.

My writing journey has so far been a ride and I love it, even the ‘downs’ and challenges.  When I decided to treat my writing seriously I devoured ‘how-to’ books, attended heaps of on-line writing courses and entered contests for feedback.
Attending conferences and writers workshops have been vital to me for motivation and I’ve learned so much through doing so.  From Bootcamp 109 I not only made new friends but I found a writing buddy, Sandie Hudson, who actually lived in my area. Together we ended up forming a local f2f writing group, now called the Hunter Romance Writers (here’s our link http://hunterromancewriters.wordpress.com/).
When one of the members of the RWA erotic loop came up with an idea for an anthology where any member, both published and unpublished could put up a short story for consideration, I joined in. The self-published anthology idea was scraped when Momentum Publishing expressed an interest and we all sent off our stories to Joel for consideration. That moment of receiving notification my story, Paying the Forfeit, had been chosen to be included in the Hot Down Under series is indescribable. A lot of squealing and yelling went on. The series was launched on 1st November and my story on 1st December. 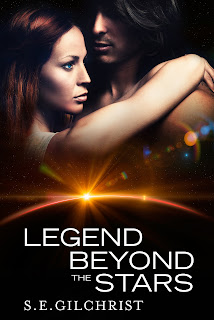 At our 2012 conference, another two new e-publishers were announced. So on 10th September I submitted a partial and a 100 word blurb for my sci-fi single title on the new Harlequin Escape website. Kate Cuthbert requested the full on 21st September and on 12th October, I received that special email. My reaction…. Similar to my brain imploding I think. Disbelief, heart pounding, more squealing, running around the house, etc. I must have read that email a hundred times that day. And the days after.
Sometimes I think I’m still dreaming!
Can you give us some details about your upcoming release/s?

Legend Beyond the Stars (to be released by Escape Publishing in January) has hot and passionate romance, dangerous adventure, interesting characters, a dark and dirty secret and plenty of conflict that threatens to drive my heroine and hero apart. I fell in love with this hero and I hope my readers will too. Oh, and I mustn’t forget a crazy alien called, Norman.
Here’s a one sentence blurb :
In a world of uncertainty, where the wrong decision could mean the death of an entire race, the last thing either of these two soldiers expects, or needs, is to fall in love.
I also entered the world of self e-publishing over the holiday break with an erotic fantasy novella, Bound by Love. This story whilst it has fantasy elements is mainly set in Iron Age Britain and is a tale of vengeance being thwarted by unexpected love for the enemy. It’s available at Smashwords and Amazon.

Spending time with family and friends is a priority but to unwind I love bushwalking, it clears my mind and makes me feel alive. I kayak occasionally when I can find the time and also paint in a very small way. I’ll read anything I can get my hands on and a book is never far from me. The environment, climate change and the welfare of animals are very hot topics for me. I’d also love to be in a position to travel again.


Have you ever cried during a movie? If yes, which one and why?

I’ll weep copiously at any animal movie. No seriously, if anyone remembers Born Free I was so upset when I saw that as a little girl, my father swore he’d never take me to another movie again. Another was the Lion King, I blubbered away at that one, Titantic (what a wonderful love story), Steel Magnolias and My Sister’s Keeper.

Excerpt for Legend Beyond the Stars © S E Gilchrist

The best way to start a new mission was definitely not lying in an induced hiatus inside a coffin-shaped tube.
Not to mention the agonising awakening to consciousness followed by long hours spent crouched over what passed as a toilet on this alien spaceship. The entire experience made Captain Alana Knight feel as if she had just trekked through the Gobi Desert hauling an armoured tank. She repressed a groan when her stomach muscles gripped hard before releasing.
A shaky breath slipped past her lips as she continued to pace around the cabin. She did an abrupt about-face then retraced her steps, while she rubbed her stiff thigh muscles, her feet heavy like chunks of rock inside her anti-gravity boots. Finally, she stopped to stare at the viewing screen where the darkness of outer space stretched into infinity.
Something was wrong.
She concentrated on tuning out the constant, low whine of the turbines that powered the intergalactic space voyager as it cruised through the black. The background murmurs of the other women as they milled about in restless groups faded.
Yep, something definitely stank.
Ever since she had awakened, disquiet had gnawed at the edge of her mind. Awakened from a hiatus the traders had insisted was necessary to alleviate the rigours of travelling through the Vortex. She frowned. Had it been a ruse? Enclosed in her confining tube, she had been helpless. Anything could have happened to her during those weeks of sleep. She shuddered and flexed her damp hands.
Best not go there.
Not yet, anyway.
She raised a trembling hand and tugged at the shaggy ends of her short, red hair, before pressing her fingers against her temple where pressure built like an over-heated fuel tank just waiting for the moment to explode. Until now, she had refrained from speaking about her doubts but with every hour that passed they travelled further away from home.
Away from safety.
“I sure am not keen on this here meetin’,” muttered the woman at her side.
Alana spared her a quick glance, taking in the hint of fear in her brown eyes, the underlying pallor that gave the woman’s dark skin a sallow tinge. "I’ve got a bad feeling about this, Jess,” she admitted in a low tone.
Jessamine snorted. “I knew it!”
“Hush, please, Jess. I don’t want to start a panic.” Alana sighed. “But, I fear you’re right. There are too many unanswered questions. Not to mention the traders’ strange behaviour in separating us from the men. It’s made us too vulnerable.” And an action that had left her the senior officer in charge of a motley band of unknown women.
“Worse, some of us are not here of our own volition.” Jessamine produced a compu tablet from an enormous satchel slung over her shoulder and waggled it under Alana’s nose. “I’ve done a census as you suggested, Captain, and the facts sure don’t add up.”
Alana twisted her lips into a parody of a smile. “Let me take a wild guess. We’ve got no scientists, doctors, physicists, militia. No geologists, no farmers, no builders ...”
“Could be those roles are filled by the men, but you don’t think so, do you? Some of the women do have similar qualifications but I’m missin’ a lot of names off the list you gave me. So, what does it mean?” Worry lines bracketed either side of the other woman’s mouth.
“It means the United Earth Corporation has been duped. My gut tells me there’s no earth-like planet in the next star system for us to colonise.”