Thank you for joining us today. Please share your adventure with us

A mother. I wanted to have a family to care for. I also considered becoming a teacher because I love to learn. Then in high school, I took a creative writing class and was sold on writing. Who wouldn’t have been? I had the author Wally Lamb as my teacher! I thought then that I would teach English-and write in my spare time-because it was a proper career. I planned to be the first in my family to go to college and I knew becoming an author was a longshot so I opted for the safety of a practical career. Years later when I actually fulfilled my dream of becoming a mother, the writer in me re-emerged.

The book I consider my first book was actually the third book to be published. Coming Home was written over several drafts during 2010-2011. So many things inspired Coming Home. It has many pieces of me woven in that it feels like an extension of me. What finally inspired me to put the story to paper was getting a box full of old writing notebooks from my parents and realizing I had a dream to catch.

Yes. I write full-time, using the time when my sons are in school to let my characters out to play. Though I allow my characters to lead their stories, I do have a general plan. Since writing is my career now, I go to my office five days-a-week… the office just happens to be in my home and I do on occasion work in pajamas! I schedule my time to complete business over coffee and then write at least until I hit my daily word count. Being able to write as a career is going back to the advice college professors give: find something you love to do and then find a way to get paid to do it.

In my mind, I’ve always been a writer. Since high school, I’ve always had voices *characters* in my head trying to convince me to write their stories. Writing helped me cope with all that high school drama. But it wasn’t until I signed my first book contract that I considered myself an author. And even now, seeing my books being sold can make me pinch myself.

If you want to write, write. Don’t talk about it. Don’t think about it. Do it. Write with everything you have inside. Harness your emotion and drive it out through your words. Tell stories. Create characters. Just write. That’s all it takes to be a writer.
What book are you reading now?

I read at least three books-a-week, usually one on audio. I’m listening to Thea Harrison’s newest Elder Race book, Lord’s Fall. I’m reading Paula Quinn’s Children of the Mist series, working my way through her Highlanders. And boy, do I wish that was more literal than figurative!

BLURB
Rachel Porter, a romance writer, has told her three sons tales of finding their true love since they were just boys.  She believes there is just one match for every person.  Now as men, they have yet to discover their soul mates.  That is, until they come home…
Ryan Porter, Rachel’s oldest son, needs a change from his busy city lifestyle.  After five years of living in New York and establishing his own real estate firm, something is still missing.  When a family tragedy brings Ryan back to his family’s rural home, he meets Tyra.  She just might be the catalyst for the change he needs, redirecting the course of his life; but first he has to accept his relationship with his parents and embrace Tyra’s secrets.

The woman with the fiery red hair tossed a look over towards Henry at the bar, then snuck a look at Ryan and back to Davis. She smiled—a shy smile through her lashes—and Ryan’s heart ramped up. He noticed the shorter brunette standing beside her when she said, “Next game, you’ve got the winner.

Ryan shook his head and blew out a laugh. How did Davis always pull it off so easily with women? One woman, Ryan could handle just fine—more than fine. But a group of women, no way, it felt like a swarm of bees were attacking him to even be in a room with so many women, gorgeous or not. And gorgeous was only the beginning when he checked out the ass on the fiery red head as she bent down to consider her next shot. She turned quickly at the sound of his laugh and the slap of the high-five he exchanged with Davis. 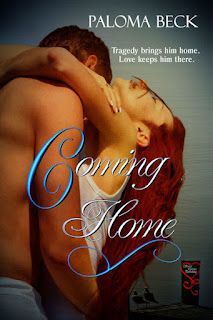 Caught. Her eyes jumped to Ryan and he gave her a sly grin when she raised her eyebrows at him. Not as broad as Davis, Ryan met his height at an even six feet. All of his brothers took after their father in their height. But it was Davis who looked most like their father with his darker coloring and chocolate brown eyes. Ryan and Henry had their mother’s lighter skin tone and green eyes. It was those green eyes that locked onto hers when she turned around. Yep, she was looking at him—not lover boy Davis.

Ryan definitely liked what he saw. She was tall, with legs that went on forever until they met with the sweet crossing he knew could bring this boy to his knees. As she bent over the pool table for her next shot, her ass stuck up into the air and swayed just slightly as if teasing him to inspect it further. Her entire body called to him. Shit, he hoped Davis had his sights on any other woman in that group because in his mind, he’d already laid claims on this one. And he wasn’t prepared to share. It had been a long time since he had a little harmless fun.

“Like old times, Ry, seems to me this night might be just like old times,” Davis said, bumping his shoulder when he noticed Ryan’s stare. “Knock it off. Quit the staring. You’re going to scare them away before I make our move.”

“I got news for you, Davis. I got moves of my own. It’s been a long time since I’ve needed you to pick up women for me.”

“Can’t wait to see this,” Henry snorted as he sat down at the table. They’d made up back in the bunk house but Henry was still sore. He knew how to hold a grudge, damn little shit. But Ryan knew just how to take his mind off his troubles tonight.

Ryan licked his lips, considering how much more interesting the night just got. He certainly liked what he saw and he knew she liked what she saw by the way her eyes roamed from his head to his toes. Ryan was dressed in an old pair of jeans that were tighter than the usual suit pants he wore and a tight black t-shirt he’d pulled out of his old dresser. He didn’t feel like himself but it felt good. Actually, maybe he felt more like himself than he had in awhile—the Ryan before his business became his life.

When Henry poured the beer out, Ryan grabbed up two glasses and headed straight for his target. Her eyes were glazed a bit, definitely looking down and he gave a little cough to catch her attention. Busted—guess they were even now. She blushed and it was beautiful—her flushed cheeks brightened her eyes, mesmerizing. When she reached out to take her beer and their fingers brushed, her hand shot back and some beer sloshed over the glass. Her soft feminine fragrance mixed in with the faint scent of the beer touched his nose and he took in a deeper breath to savor it.

She cleared her throat, seeming as taken in private thought as he was. “Thanks,” she said, giving him an intense stare while a smirk spread across her face right up to her gorgeous blue eyes, “So, you like my ass?”

Ryan swallowed back his surprise. She was forward…this was going to be fun. “Sure do,” he grinned, “And I’m pretty sure you like what you see too.”

Her look of surprise was priceless.

Thank for sharing your journey today, Paloma, Here's wishing you many sales.
Jean
Posted by Jean Drew at 10:45 AM